As a test in 2018, a 1v1 championship was hosted at the World Kubb Championship in Rone, Sweden. A total of 128 players from all over the world played in an exciting knockout tournament—one loss and you were out. In the top four, there were three Swedish players. In this featured match, Josef Björklund plays against Germany’s Andreas Heiden in the finals.

The Kingslayer Competition at the 2018 Great Lakes 1v1 Kubb Championship.

Sweden’s Josef Björklund plays against Germany’s Andreas Heiden in a 1v1 at the 2018 World Kubb Championship. 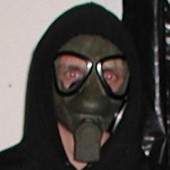